The Tragedy in Paris and the conversation is sparked with my 7 year old son about religion, safety and fear.

I would like to preface this article with two things.  I am pro-gun (I own one, I know how to use it and I carry it – legally) and I love Jesus.  If either of these things bother you, you might not want to read this post.

BigG just turned 7.  Some days he acts like a silly 5 year old and some days his maturity amazes me.  We’ve talked about “stranger danger” and “tricky people“, fire safety, tornado safety and things like that.  But a while back I was reading an article online about schools having “active shooter” drills.  And I thought, “Thank you, Jesus, that we homeschool and my kindergartner doesn’t have to sit through an active shooter drill in school!”

But the article I was reading was talking about how an “active shooter” situation can happen anywhere – the park, the grocery store – and that’s just the world we live in now.  And I thought, you know, we need to have a conversation about this.  But I put it off.  Because BigG can be sensitive sometimes…and worry himself to death over the worse case scenario (like the time he cried for an hour after we talked about fire safety and he was afraid the house was going to catch on fire and he wouldn’t be able to save his favorite stuffed dog.)

So last night I’m reading about Paris.  And I thought, you know, we NEED to have this conversation.  Part of me wanted to just go about our day today and not say anything to BigG about it and let him live in his oblivious little bubble.  I was almost twice his age when my oblivious bubble burst – I was unaware of this level of evil in the world until the Oklahoma City Bombing in 1995.  I was 11.  Of course I knew of wars in the past….but that was past.  I thought the world was sunshine and rainbows now.  Until Oklahoma City.  Then there was Columbine.  And 9/11.  And then, in BigG’s lifetime, there have been so many of these “events” that I can’t even keep up with them anymore.  More in the last 1/4th of my life than in the first 3/4ths.

END_OF_DOCUMENT_TOKEN_TO_BE_REPLACED

Check out these FREE printables from Educents 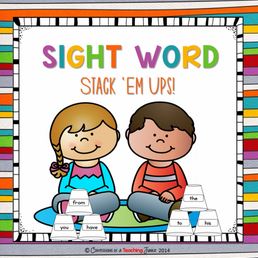 Sight Words Stack ‘Em Ups!   Who it’s for: Pre-K to 1st GradeWhy it’s great: This activity helps beginning readers practice sight words in a way that is motivating and engaging. It is easy to make with things you probably have around the house, or can easily grab at the grocery store

END_OF_DOCUMENT_TOKEN_TO_BE_REPLACED 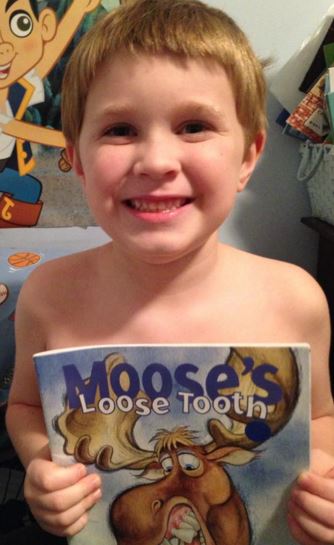 We have a loose tooth!  I didn’t think this day would ever come (he’s 7 years old!)  I got the book Moose’s Loose Tooth for a quarter at the library’s book sale.  I’ve been saving it for this occasion!   It’s a silly little book but he loves it.  We’ve read it two nights in a row now.